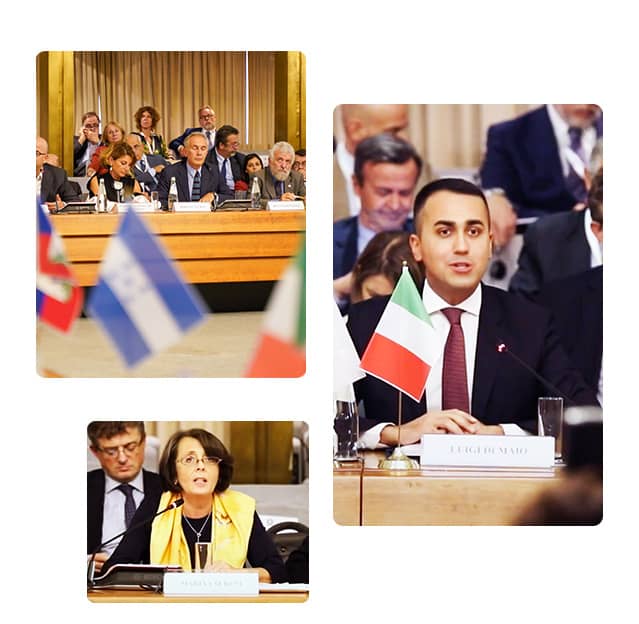 They have been established as a biennial event organised by MAECI (the Ministry of Foreign Affairs and International Cooperation of Italy) together with the Italo-Latin American International Organisation (IILA). Thanks to the attendance and speeches by the Foreign Ministers of the participating countries, the conference represents the culmination of relations with an area of strategic interest for our country due to historical, social, political and economic ties, as well as the cultural similarities and shared values with Italy.

Launched in Milan in 2003, as a meeting with mainly economic and entrepreneurial aims, the event has increasingly gained importance, taking on a political and intergovernmental dimension as from the 3rd Conference held in 2007.

In 2014, the Conference established itself as one of Italy’s main foreign policy instruments with regard to countries in the area thanks to the significant legal acknowledgement delivered under Law No. 173/2014 which officially ratified its convening.

Launched in Milan in 2003, as a meeting with mainly economic and entrepreneurial aims,
the conferences have acquired a political and intergovernmental dimension.

Page load link
This site is registered on wpml.org as a development site.
Go to Top